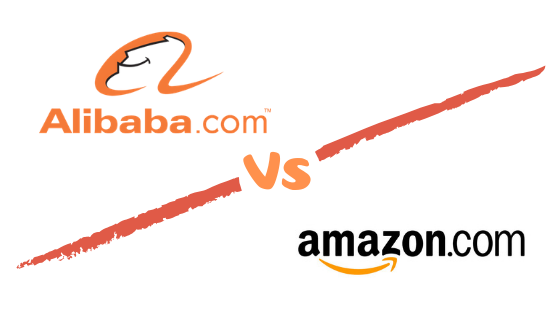 The electronic commerce, or e-commerce, marketplace continues to grow, as more consumers prefer the convenience of purchasing goods online. A number of companies both large and small have embraced the advantages of combining brick-and-mortar locations and supplemental internet-based storefronts to meet the needs of the vast majority of consumers.

However, some e-commerce giants, such as Amazon (AMZN) and Alibaba (BABA), have become notable players in the market by operating through an online presence alone. While Amazon and Alibaba each have distinct features that make them purely e-commerce companies, their respective business models differ greatly. Amazon is a massive retailer for both new and used goods, and Alibaba operates as a middleman between buyers and sellers.

Often touted as the largest online retailer in the world, Amazon operates a business model with many moving parts. First and foremost, the company sells goods directly. A percentage of products are offered to buyers through Amazon’s online storefront with a small markup, and inventory is kept in the company’s large network of warehouses. Most consumers visit the company’s site assuming its products are less expensive and readily available for purchase and shipping.

In addition to direct sales, Amazon provides a platform for other retailers to sell products to buyers. Products sold through Amazon’s partner retailers are often less common items or those with a higher purchase price, allowing Amazon to avoid holding slow-moving inventory that could dilute profit. While Amazon does not assess a fee for its retailer partners to list items for sale, the company does retain a portion of the sales price as commission.

Amazon also maintains a subscription-based business model through its Amazon Prime service, as well as a small electronics product line. Under a Prime account, customers pay an annual fee to secure free two-day or same-day shipping on eligible items and have access to streaming media, such as digital music or movies. Amazon also generates revenue from selling its e-reader, the Kindle, and the e-book and mobile application purchases offered to Kindle owners.

Just as Amazon is known to most American consumers as an e-commerce titan, China’s e-commerce market is dominated by Alibaba. Though the company operates through a unique combination of business models, Alibaba’s core business resembles that of eBay. Alibaba acts as a middleman between buyers and sellers online and facilitates the sale of goods between the two parties through its extensive network of websites. The largest site, Taobao, operates as a fee-free marketplace where neither sellers nor buyers are assessed a fee for completing transactions. Rather, the nearly 7 million active sellers on Taobao pay to rank higher on the site’s internal search engine, generating advertising revenue for Alibaba that resembles Google’s core business model.

While the majority of sellers utilizing the Taobao website are smaller merchants, Alibaba also has a dedicated space for larger retailers. Tmall is the e-commerce site owned and operated by Alibaba that caters to well-known brands, including Gap (GPS), Nike (NKE), and Apple (AAPL). Even though Tmall has a fraction of the number of active sellers listed on Taobao, Alibaba is able to generate revenue from deposits, annual user fees, and sales commissions charged to retailers utilizing the site.

In addition to its e-commerce sites, Alibaba has emerged as a competitor in the Chinese financial system. To combat customer concerns over the security and validity of transactions completed online, Alibaba created Alipay. As a secure payment system, Alipay protects buyers in the event sellers are unable or refuse to deliver goods sold.