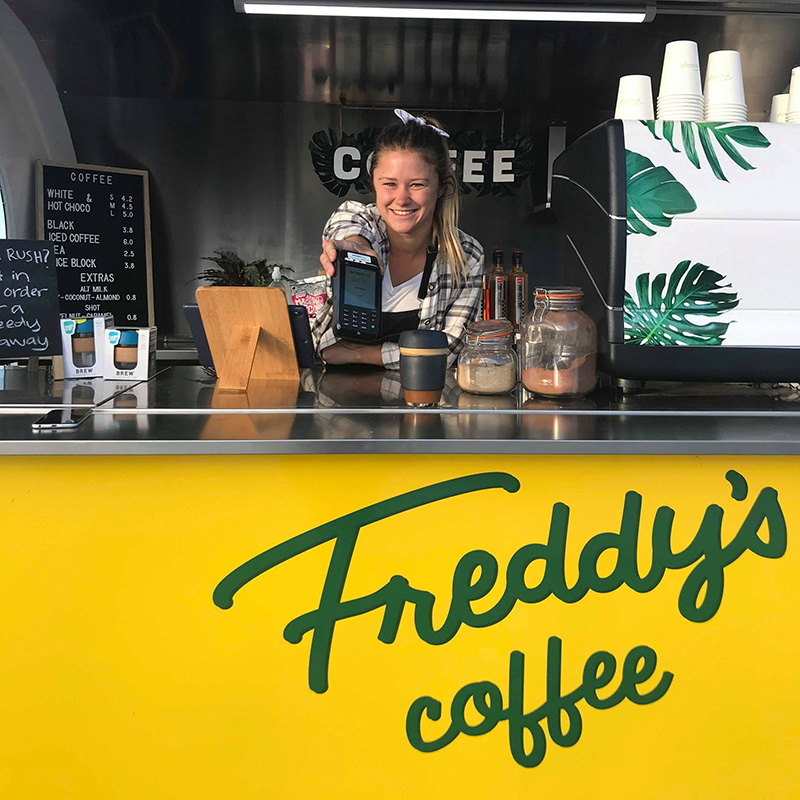 Freddy’s Coffee Shop is a Chicago-themed coffee shop in Bangladesh, Dhaka. It is owned and managed by Karim Chowdhury with his brothers-in-law. The coffee industry in Bangladesh keeps on emerging and growing. Thus, the management team is searching for alternative ways to have new revenue streams despite having a good name in the coffee area. The research team will provide a management analysis using Porter’s Five forces to understand the competitiveness of the coffee business sector to determine the next strategic potential profitability. The analysis includes competition in the industry, potential of new entrants into the industry, power of suppliers, power of customers and threat of substitute products.

Competition in the Industry

Below is the list of Freddy’s Coffee Shop’s direct competitors:

As a result, competition in the industry: High.

There is fierce competition in the coffee industry in Bangladesh. In the last 12 years, 100 to 120 coffee shops which also include international brands opened in the country, and it’s increasing year by year based on the following reasons:

As a result, threat of new entrants: High.

According to the Porter’s five model, the bargaining power of consumers or buyers is the ability of consumers to affect how company’s price their products, adjust the quality of their products, and provide better customer services. Additionally, what determines the level of bargaining power of consumers are the number of buyers available, the consumer’s knowledge about the product or service the cost of switching from one company or product to another and the ease or ability for consumers to backward integrate.

Based on such information and the information stated in the case, we believe that the bargaining power of the consumers: High.

A substitute product refers to the existence in the market of alternative products or services that can satisfy a particular need of consumers because they have characteristics like that of the product or service under study.

Substitute products or services are a benefit for consumers because it allows them to have alternatives and purchase options; However, this poses a clear threat to companies because it affects their profitability since the greater the number of substitutes, the lower their market share and earnings.

In this case, the main substitute product for Freddy’s Coffee Shop is Tea due to its tradition and preference for the inhabitants of Bangladesh during previous decades. In addition to other beverages such as hot chocolate, juices, water, energy drinks, yogurt, soft drinks, and others that satisfy the same needs of their consumers in quenching their thirst.

Freddy’s Coffee Shop is a cozy place where its customers frequent it not only to enjoy a delicious cup of coffee but also to eat their desserts, cupcakes, snacks, and have a pleasant and relaxing time. Therefore, pubs, restaurants, local bakeries, and international fast-food chains stand out as substitute places for consumers who want to satisfy their need for a pleasant and relaxing time outside the work environment and from their homes.

The availability of Substitute Products and Services is high because they can find anywhere in Bangladesh. The price of substitute products such as Tea, Water, and other beverages is lower than the cost of coffee supplied by Freddy’s Coffee Shop.

In conclusion, the threat of substitute products and services: High.

As a result, bargaining power of the suppliers: Low.

Applying the Porter Five Forces model to the industry belonging to Freddy’s Coffee Shop existing in Bangladesh will identify the degree of competition, opportunities, and threats to develop strategies to counteract threats and take advantage of current opportunities.

Our group identified that the level of competition in Bangladesh for Freddy’s Coffee Shop is high due to the increase in popularity of this drink in the last decade with Western customs to the country thanks to globalization.

Our group determined that the threat level of new market participants is high, due to the arrival of approximately 120 restaurants that provide the same service in the last decade, and the facilities and few restrictions for new foreign competitors who want to enter to Bangladesh market.

We conclude that the consumer’s level of negotiation is high, mainly due to the increase in the GDP of the inhabitants of Bangladesh and the great variety of alternative products and services offered by the competition that allows the consumer to compare the product and service of Freddy’s Coffee Shop and make your purchase decision based on quality and your degree of demand.

Our team determines that the suppliers’ bargaining power is low due to many existing coffee suppliers coming from countries such as Brazil and Indonesia.

Our team concluded that the threat of substitute products and services is high due to the wide variety of alternative coffee products at lower prices such as tea, water, hot chocolate, soft drinks, and other beverages on the market; as well as the great variety of substitute places to spend a pleasant time such as restaurants, pubs, local bakeries, and international fast-food chains.