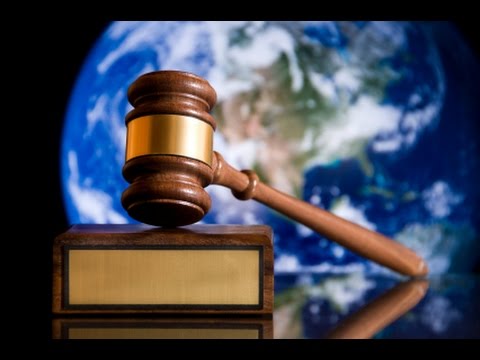 It is no secret to anyone that globalization has opened borders, especially in the commercial area. The developing countries, supported by the WTO, have been in charge of promoting free trade to eliminate their nation’s social gaps and eradicate poverty. Its main objective is to guarantee access to products and services from foreign markets by removing trade barriers between countries. Furthermore, free trade drives industrialization and structural transformation, digital connectivity and skills, and sustainable development.

However, according to Bryan Riley (2017), some critics claim that international free trade negatively affects the poorest social classes because it creates a wage gap between rich and poor and also builds barriers that are increasingly difficult to overcome by the most unfortunate. The most repeated slogan in rejecting free trade agreements is that “international free trade irreparably increases inequality”. Since, supposedly, the only beneficiaries would be the richest through large companies with more significant commercial expansion (Riley, 2017). This argument has been denied by various academic and statistical studies that show that this has no factual basis to support their opinion.

On the other hand, a study of India by Beyza Ural of the University of Alberta shows that free trade has improved its inhabitants’ quality of life and reduced social inequality in India. Above all, trade openness favors the poorest because it lowers the price of what they buy and makes more money on what they sell. Less-skilled workers can obtain higher wages since labor demand in developing countries will grow because they can export more products abroad (Hasan & Mitra & Ural, 2007).

To conclude, we agree that free international trade reduces poverty in developing countries because it gives their inhabitants the possibility of having a better quality of life and allows small companies to compete with their exports in international markets freely. Besides, free trade significantly drives innovation and GDP growth in exporting developing countries.

Statement 2: The Convention on Contracts for the International Sale of Goods (CISG) has only had a limited effect on the day-to-day practice of international businesses.

We undoubtedly agree with this statement. The CISG Database (2016) stated that the current cases that have been reported to CISG amount to little over 3000 since the organization started in 1988. That amount, when compared to the total number of cases that were actually handled by private international laws, shows the frequent use of the convention which clearly demonstrates the little effect it has.

Additionally, out of 195 trading nations, only 94, which is less than half, are signatory countries. A survey of 181 arbitral awards and court decisions that have applied CISG application showed that vast majority of international parties did not have their issues addressed by such law governing their contracts regardless of the value that was at stake (Cuniberti, 2006). CIGS is also falling short of its main goals to unify international law on contracts due to their limited scope. CIGS has placed more burden on courts who must combine other legal regimes as the rules stated by CIGS can be interpreted in different ways.

We also found that there are issues relating to their symbolic validation and determinacy which shows a lack of legitimacy between parties involved in the daily international business which can often be different from other political commitments made by various nations. According to Winer (1998), when compared to other trade laws such as “The Uniform Customs and Practice” (UCP) which is often used for documentary credits, and “The Warsaw Air Transport Convention”, CIGS lack the unity that is needed to create efficiency, standardized compliance and an enforceable application. Countries like Japan and the United Kingdom who are commercially active currently show no political interest in accepting the convention. Many other countries are also showing uncertainty about the convention and are considering using other regional treaties.

Statement 3:  The international legal framework for protecting intellectual property (IP) does not adequately reflect the value that IP represents for international businesses.

We believe that this is a true statement not just because getting an intellectual property protected is a lengthy and costly process. There are a few more reasons that could support the statement

To begin with, the normally accepted forms of intellectual property are patents, copyrights, trademarks, and trade secrets. While there are explicit government legislations for the first three forms, trade secrets – such as processes, algorithms, sales data, or customer lists – do not have a formal protection law but rather are based on common law in many countries including Canada and the United States (Government of Canada, n.d.). As a result, trade secret lawsuits are complicated because it is difficult to prove not only if specific information is actually a trade secret, but also how exactly it is stolen and then causes quantifiable damage.

The second reason is that, for intellectual property to be legally protected, it has to be accurately registered and then publicly exposed by a disclosure requirement that could be assessable by competitors (WTO, n.d.). Consequently, competitors can know exactly how the IP is described in patents in terms of how it works, what problems it could solve, and how it is different from other registered patents. Competitors can exploit the published information to avoid legal jurisdictions and take advantage of those areas which are not protected by the patent in order to work on their own IP.

Lastly, patent rights are subjected to each country’s legislation and its capability to reinforce them. On one hand, it is a limitation in situations where IP patents obtained in fully developed countries could not have the same protection in third world countries as it does in other developed ones. Instead, it will be subjected to the common laws and lower enforceability of each individual country (Schoen, 2013).

Statement 4:  Foreign direct investment is a form of investment which benefits all stakeholder.

We agree with this statement, as stated by Kuepper (2019), foreign direct investment (FDI) is the cornerstone for both governments and corporations. Thus, it would positively impact on the consumer’s purchasing benefits and provide a better living environment for the community.

Firstl, FDI will benefit the government on both a macro- and microeconomic levels. As corporations will gain a sustainable and growing performance from an international investor, the companies investing internationally can benefit from higher growth rates. Importantly, it can benefit the government from attaining higher economic growth by establishing new markets in emerging economies, creation of better job and employment in the host country, and transformation of advanced technology and technical expertise to the developing countries (Kuepper, 2019).

Secondly, FDI will benefit the corporations locally and internationally by promoting fair control regulation on tariffs and tax incentives. Strict implementation of controlled regulation can protect local corporations against any foreign competitors that are interested in expanding their companies in the host countries. Importantly, it will benefit the corporation on potential market diversification across the globe, especially in developing countries with relatively lower labor costs (OECD, 2002).

Lastly, FDI will benefit the community by creating high-quality jobs and employment by the foreign multinational enterprise (MNEs). As mentioned by OECD (2008), foreign MNEs provide higher pay and better employee benefits than their local competitors, especially in developing countries. Furthermore, OECD stated that the increase in FDI highly benefits developing countries on the integration of large emerging economies, the BRICs (Brazil, Russia, India, and China).

Statement 5: Arbitration will be the prevalent form of dispute resolution for international businesses in the 21st century.

Arbitration has already become the preferred method of dispute resolution in international commercial contracts in the 21st century, and we believe it will stay in that way.

Corporate parties tend to avoid going to courts because litigation is expensive, public, and time-consuming. A court proceeding initiated is a public acknowledgment of a breakdown between the commercial parties. Arbitration though, is more private. Usually, if the parties don’t disclose it to the public, no one can know the parties are in dispute.

Besides, courts are national, either Party A’s, or Party B’s country’s courts can be chosen as the jurisdiction in their contract. Yet, it is unfair for Party B when Party A’s national jurisdiction is chosen as a method of settlement, and the same for vice versa. International arbitration resolves this problem as it does not belong to, or in other words, it is independent of, any country.

Further, an arbitral award is more easily enforced in foreign countries than a court judgment. In most of the cases, a judgment from a foreign court requires a separate court proceeding to become enforceable in the country. This duplicates the time, effort, and money spent to resolve one single dispute. However, as long as the given country is a party to the New York Convention, the arbitral award is enforced easefully without a need to bring an action on the award in a local court.

We do not claim that the courts will be eliminated, litigation will be always there; however, in light of our arguments above, we’re of the opinion that arbitration will become a more popular and common method of settlement among parties in international contracts.

Cuniberti, G. (2006). Vanderbilt Journal of Transnational Law: Is the CISG Benefiting Anybody? Retrieved November 23, 2020 from https://papers.ssrn.com/sol3/papers.cfm?abstract_id=1045121

Government of Canada. (n.d.). What is a trade secret?. Retrieved November 23, 2020 from https://www.ic.gc.ca/eic/site/cipointernet-internetopic.nsf/eng/wr03987.html

Riley, B. (2017). How Free Trade and Economic Freedom Help the Poor. Retrieved November 23, 2020 from https://www.heritage.org/trade/commentary/how-free-trade-and-economic-freedom-help-the-poor-0