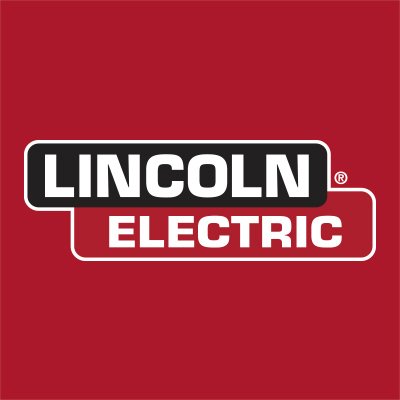 We believe no company is fully centralized (hierarchal) or decentralized; instead, there are degrees of both. Lincoln’s management system reflects more of a decentralized approach. It includes hierarchy as there are managerial and executive levels in the firm, but it’s also structured in a way that they delegate decision-making to teams and individuals empowering them to take action on their own.

The company encourages employees to own their work with a special incentive and control system. Piece-rate work, merit pay, annual bonuses, stock purchase plans… All are based on individual performance which allows employees to be in charge of their own work and success, and determine their individual processes and outcome.

Decentralized management follows more of an egalitarian structure. Lincoln’s organizational culture based on openness and trust, and employment policies based on self-management and shared control proves it is decentralized.

Lincoln was successful in the US because of its egalitarian management style.

Irrespective of its perceived failure in foreign countries, Lincoln’s management system is rather successful in the US for a variety of reasons:

 Although we know that pay is not everything to keep employees satisfied and motivated in the job, it plays a big role in not pushing them away. High wages and lucrative bonus incentives based on the individual performances and the company’s profits keep the employees engaged and motivated in Lincoln Electric.

 No lay-off policy gives assurance to employees. This guaranteed, continuous employment policy means, Lincoln won’t lay people off as a primary solution in case of an economic recession or so. Considering that the common practice in the US is the vice versa, and the US companies usually don’t mind laying people off right away for economic reasons, Lincoln’s unconventional approach creates loyalty among employees.

 Piecework compensation allows the company to keep production and productivity high. Lincoln’s production workers are paid according to what they produce, rather than an hourly or weekly wage.

 Open-door policy, promoting regular face-to-face meetings, openly sharing the financial and operational information with the employees… All of these create trust in employees and allow the firm to establish an organizational culture that values honesty, cooperativeness, and transparency.

Important to keep in mind that – Lincoln’s system in the US is based on a sense of trust and community accumulated over decades of commitment to values, and practices. It’s not normal to expect the same system will work wonders in other countries right away. It takes time, awareness, effort, and commitment.

Although there is proven success in the United States, Lincoln’s control system faced difficulties due to differences in cultures across the world. Cultural values vary from one country to another where one culture might value something that other cultures do not. The case study states that the European labour culture is not a fan of piece-work compensation and bonus control system. The reason for that is the most companies pay their employees in Europe monthly salaries regardless of the number of hours they worked, or the number of pieces they completed. Europeans think
that Americans are ‘’workaholic’’, they just work day and night, weekday and weekend, and they don’t enjoy life (Milosevic, 2011). Life comes first in Europe, people care about their post-5pm activities more than what happens between 9 to 5. This is also a reason why annual bonuses are not a good incentive to increase individual production efficiency in some European countries as it does in the United States. The benefits would be more suitable for Europeans such as health benefits, spa-day-offs, daycare benefits, etc.

Another issue with transporting Lincoln’s control systems to other countries is that overseas personnel does not seem to have profound insights into how the system works, how it should be executed, and what would be successful criteria. As a result, employees are not motivated to perform their best, and managers lack expertise – as they had to overstate targets, and skills – as they were not able to optimize the sales.

For these reasons, I would firstly recommend the company to re-examine the national cultures in all international markets, not just European countries before implementing the control system. By doing this, LECO would screen new potential markets according to its compatibility with its system. They can also modify the management system to fit the cultural values of countries where they already have operations.

Moreover, the company must ensure all overseas managers and staff are professionally trained to comply with the control system. The company could also send experienced managers from the home country office to monitor the execution of the system for a certain period to ensure desirable outcomes.

Lincoln shouldn’t borrow money to pay bonuses to its US workers.

We believe that Lincoln should not borrow money for the sole purpose of paying bonuses. The reason is that Lincoln Electric was in a financial crisis in international markets, more debt burdens at the time being could put Lincoln in an overleveraged position which might result in several disadvantages such as bigger financial losses, restrictions on future borrowing, unattractiveness in the eyes of stakeholders or even bankruptcy.
At the end of the day, bonuses are not a legal obligation. If Lincoln could pay salaries properly and keep the no-layoff policy intact, borrowing money just to pay bonuses should not be its priority.