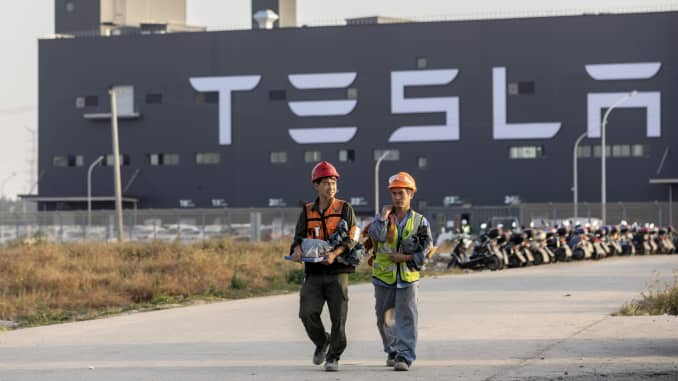 Tesla Inc. a US automaker, energy storage and solar manufacturer wants to expand into the Asian market by constructing a plant in China to manufacture its Models S, Model X and Model 3 electric vehicles (EVs). The company has selected China because it offers valuable resources and a cheap labor force that would be very beneficial to them. It also hopes to be a steppingstone in repairing trade issues that have been going on between China and the USA if they reach a plausible agreement.

Tesla Inc. has selected Shanghai, which is the biggest city in China and a global financial hub as their preferred destination to set up their plant. The Tesla delegation is planning a virtual meeting due to the Covid19 travel restrictions through which they will present the project and negotiate outstanding issues with the delegation from the city of Shanghai which could lead to a win-win situation for both parties

Tesla would like to ask for a 99 years-lease land to bring its multi-million-dollar electric vehicle production plant to Shanghai. Having a plant in Shanghai is extremely important to make this a successful venture. However, the production plant will be extremely time consuming and costly. The company needs a sufficient amount of time to make a return on its investment.

Benefits to the city:

Tesla’s multi-million-dollar plant would bring a lot of benefits for the city of Shanghai and its people. To begin with, huge direct investment from Tesla would give stable income and high movement of capital to the city of Shanghai for a long time, which could greatly contribute to its economic growth. For citizens, they can enjoy thousands of job opportunities. For the local car industry, they can learn from the state-of-the-art technology that Tesla will introduce to the market.

Tesla is proposing to be in charge of all management positions inside the Shanghai plant since we do not see the necessary to have Chinese official representatives on site.

Chinese Corporation Law does not require foreign ownership. Therefore, having fewer external representatives inside the plant’s operation will speed up the process of decision-making with no disruption from external sources.

Tesla wants to bring its employees from the U.S. headquarter to make up for 70 percent of the director board in Shanghai plant.

This will strengthen the quality of training processes and make sure the plant’s operation and performance are in accordance with the company’s value.Tesla opening a new plant in Shanghai will not only provide jobs for the Chinese employment market, but also contribute to the Chinese economy and society. Chinese employees will be educated and trained with the latest technology about zero-energy facilities, electricity-powered car productions. This will result in several highly skilled employees that will benefit Chinese industry and the economy in the long run.

Agreement on car purchase between Tesla and the Shanghai government

Tesla proposes the Shanghai Government to purchase Tesla cars for their executive officials. This will have positive effects on the Shanghai government’s image as being a pioneer in technology and an environment-responsible institution.

Tesla’s sales of cars to the Shanghai government will be a huge financial and taxation support. Government officials using Tesla cars will encourage Chinese people to find alternatives to electric cars and be more responsible for the environment.

Tesla is proposing to have a sales tax exemption of 15% without having to partner with a Chinese company. Tesla is asking for 15% tax exemption but is willing to settle for a minimum of 5%.

The exemption of tax will help Tesla increase our saving and offer more benefits for Chinese workers. FDI from Tesla will help the Shanghai government improve the economic structure of the country. New technology offered by Tesla also has the role of a stepping stone for the development of Chinese high technology industry.

On December 5, 2020, two delegations met on behalf of Shanghai, China and Tesla Inc, to negotiate five crucial issues about the expansion of Tesla in the Asian market by constructing an electric vehicle manufacturing plant (EV). The negotiations ended successfully with the following agreements made:

1.  Both parties agree to a 30-year lease with the option to extend it before the end of the lease term for another 25 years; however, Tesla agrees not to transfer the lease to any other entity except the Shanghai government.

3. Delegations from Tesla and the Shanghai government agreed that only 35% of Tesla’s board of directors would be held by foreign delegates from headquarters, with local candidates occupying the remaining 65%. On the other hand, the Shanghai government will provide additional legal assistance to Tesla delegates and will encourage qualified candidates from Chinese universities to apply for jobs at Tesla.

4. Delegates from Shanghai agreed to purchase 2,500 Tesla electric cars for official use at a 55% discount and six months of free maintenance. It makes it possible to strengthen the relations between the two parties.

5. Tesla delegations and the Shanghai government reached a final agreement. The government agreed to increase the sales tax exemption for tesla to 10%. On the other hand, the Tesla delegation agrees to lease 2,100 acres of land for $ 2 billion to build its manufacturing plant.