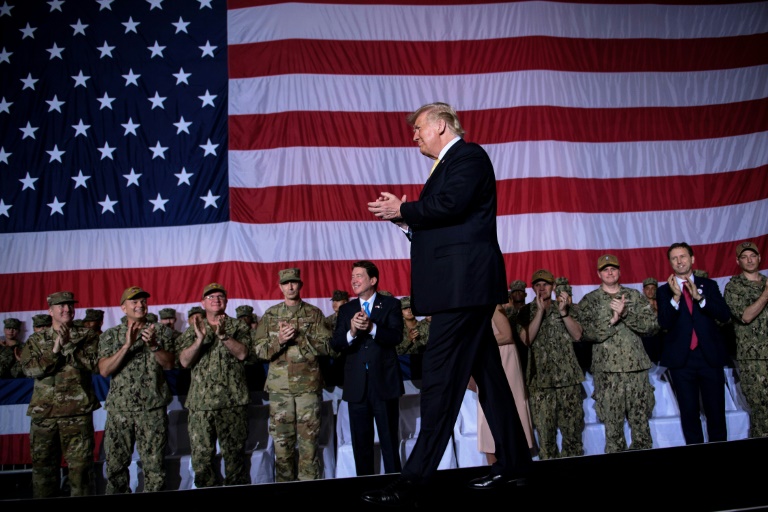 Article Analysis – “Does the US really need a huge boost in military spending?” from Guardian

How is ‘power’ defined in your article?

As the article discusses how The United State’s rising budget for national defence is put under questions by activists, it indicates that what makes The U.S. the most powerful country on Earth is its hard power, mostly under the military form. Because Uncle Sam usually uses it to force the outcomes he wants, the money spent on upgrading and maintaining this powerful tool is also skyrocketing. For instance, in 2016, The U.S. spent over USD 600 Billion to become the world top military spender (in fact, they continue to keep the global number one position until today; and it is very likely to remain unchanged in a foreseeable future). It was more than the next eight countries combined, including  China, Saudi Arabia, Russia, the U.K, India, France, and Japan. More importantly, the White House was planning to spend even more in the next years (McCarthy, 2018).

Does the article reflect a realist or an idealist diplomatic point of view?

Generally speaking, a realist believes that the power of a country is defined by the ability to defend itself against the power of other countries and to convince them to change their policies using military and economic forces. Meanwhile, soft power is typically associated with an idealist diplomatic perspective of conducting international relationships that primarily asserts power come from persuasion and attraction. Put it another way, the ability to obtain favored outcomes using positive deployments through building networks, communicating, and determining rules to become attractive to others rather than threatening or implementing sanctions.

In my opinion, the author of this article has an idealist diplomatic point of view. His points and evidence imply that he against The U.S. spending strategy to improve its hard power. For example, the author also states that the annual budget for the military of The U.S. has already exceeded the total spending of eight other countries, which is without a transparent spending plan to the public. Furthermore, he also believes that the intention to increase the budget for the Department of Defend (DOD) would waste millions of dollars come from Tax, especially when there are other national priorities to take care of, such as ” turning the lights on for the people of Puerto Rico” or “ensure education and healthcare to all of US citizens”.

Insight 1 : The U.S military spending vs The world

Even before reading the article, “The United State of America” should be an easy guess when it comes to the biggest military spender globally. However, I was impressed to learn that the total military expenditure of this country has been the size of the next many countries combined for many years. On the same note, it is surprising for me to see the huge gap between the U.S. and China, the first runner up in this race, when compared dollars to dollars. According to the Stockholm International Peace Research Institute, the US accounted for over one-third of the world’s total military expenditure, almost 3 times more than China.

In the article, the author quoted President Trump’s tweet regarding military budget “The Budget Agreement today is so important for our great Military,” and mentioned the argument of military leaders and elected officials that The U.S has a unique role to the world, which requires an exceptionally strong military power. I was interested to look for a further explanation for this argument

Apparently, there are a few reasons the White House uses to explain the rising military budget, especially after the 9/11 attack. To begin with, The U.S spends plenty on national intelligent organizations such as the CIA, FBI. Although these organizations are non-military, their expenses are covered by DOD. Another big portion of the budget is saved for Veterans Affairs, which cares for former soldiers injured in past conflicts and pay for pensions of retirees. Last but not least, many countries count on The U.S  to involves in many unexpected humanitarian operations such as responding to natural disasters i.e. Earthquake relief in Haiti, the tsunami in Indonesia and Japan, Ebola in many Africa countries (Collins,2020).

Another argument in the article is about whether the increase in defense spending would negatively damage the national budgets in other important areas such as tax plans, disaster relief, and infrastructure spending. The activists claim that military spending is off the proof, while the government does not invest enough effort and resources for accommodation, healthcare, and education for many parts of the country. They believe no requests to keep increasing the military budget should be approved with a transparent plan of using the money. On the other hand, the top democrat from the Senate and The President himself see the approval as a big win for the people of America. Also, the Speaker of the White House, Paul Ryan, whose role’s is second in line of presidential succession after the vice president, even insists that the claim is rather an exaggeration based on “fake fiscal concerns”.

According to your group’s consensus, what are some of the strengths of the article?

Overall, we find the article comprehensive and well-written. Backing up the topic with different people’s comments and quotes makes the article justified and more interesting.

We find it right to compare the military spending in the US with other sectors’ spending such as education or healthcare to provide an understanding of the topic. We know the US healthcare system always gets the toughest critiques. It is not free for citizens unlike in many other developed world countries, and it’s even too expensive for the substantial part of the nation (Blumberg, 2018). Even the basic treatments or medications are unaffordable for a big chunk of society.

US education system is suffering too as there is a huge (perceived) gap in education quality between publicly and privately funded schools (Schneider, 2017). Therefore, we agree with Miles’ comment on that new military spending numbers are a sign of misplaced national priorities of the government.

Obviously, The U.S. wants to show teeth China and Russia which are the next two countries following The U.S. on the military spending list. Russia has more tanks and nuclear warheads than The U.S., China has more manpower than both (Woody, 2018). We think it’s understandable that The U.S. spends more on the military than other countries because military and army power is a way of showing-off for countries to showcase how powerful and strong they are. However, it is hard to call  The U.S.’ approach normal or reasonable to spend more money than the next eight countries on the list combined , especially in this age where the wars are not held traditionally anymore with weapons, tanks, or manpower. When the world has its wars more like cold wars, cyber-attacks, technology threats, spending astronomical figures on tanks and nuclear heads just don’t sound reasonable.

Finally, what is your group’s consensus regarding some of the weaknesses of the article?

It would be nice to see a reference in the article to Trump’s pre-election promises on recalling the US troops back from the world’s war-torn areas (Kaplan, 2020). This article claims exactly contrary to his highly repeated promises of pulling back the military resources before the election.

Also, the article says a part of the increased budget is for additional “emergency” funding to be allocated for “overseas contingency operations” of US which is a Pentagon lingo for ‘’war budget’’. We would have preferred to see the author draws more attention on this by criticizing what “emergency contingency operations’’ that the US is planning or expecting in 2019 as Trump had already declared pulling out troops from Syria and Iraq (Kaplan, 2020).

Further, there is a reference in the article to $800M that has been disappeared in the Defense Department’s accounts. There are more cases in the US where the taxpayers’ money is simply ‘’lost’’ by the Defense Department. In 2019, after this article published, Kotlikoff from Forbes claimed that the US government cannot account for $21 trillion lost in books! It’d be a stronger case if the article refers more to Pentagon’s “untraceable” and “undocumented” financial transactions.

Another reference that we would want to see would be the other budget expectations of 2019 while the military budget wants to be increased. Federal student loan programs were expected to be cut by $6 billion, Medicaid and children’s health programs planned to be cut by $8 billion, and there were some cuts planned for welfare programs too (Kaplan, 2020). As seen in the below chart from the U.S. Office of Management and Budget archives., US’ 2019 discretionary defense spending is more than ALL other sectors combined which include education, healthcare, law enforcement, foreign affairs, transportation… So, do they really need this much in the military? That’s an issue of concern.

It would have been nice to see this comparison in the article as we believe it strikingly and clearly shows that the US government has different priorities than its public interest.

McCarthy, T. (2018). Does the US really need a huge boost in military spending?. The Guardian. Retrieved June 12, 2020, from https://www.theguardian.com/us-news/2018/feb/09/senate-budget-deal-us-military-spending

Woody, C. (2018). These are the 25 most powerful militaries in the world — and there’s a clear winner. Business Insider. Retrieved June 10, 2020, from https://www.businessinsider.com/most-powerful-militaries-in-the-world-ranked-2018-2