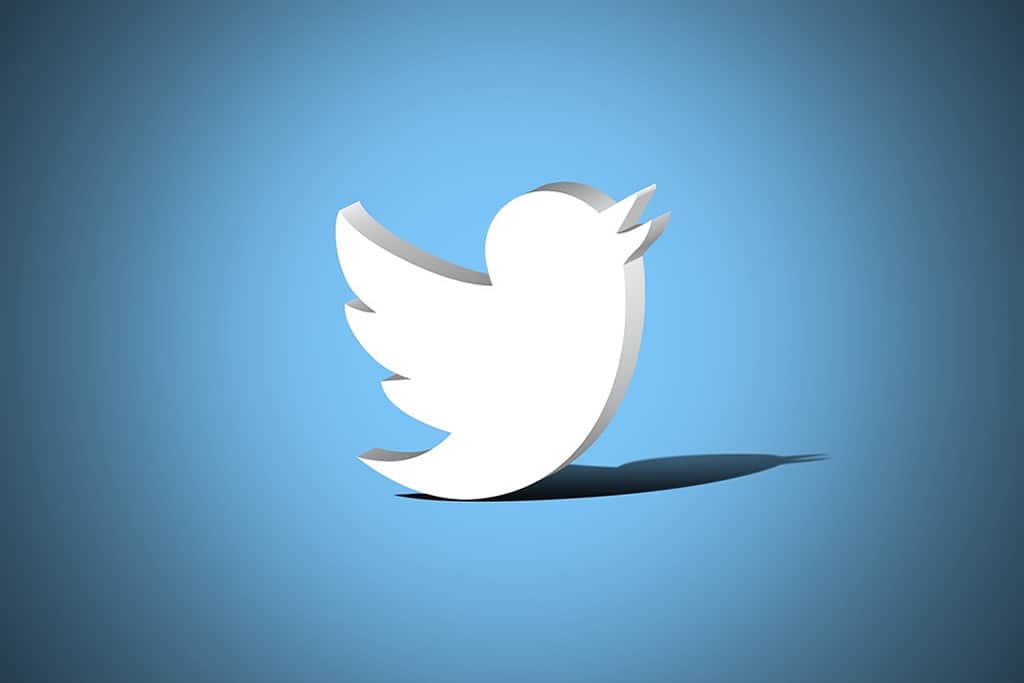 Twitter has certainly altered and continue altering geopolitics. World leaders are bypassing traditional channels to communicate with other leaders or the public, they are now using Twitter to convey their messages.

In this paper, I will assess and comment on 3 different countries’ geopolitical strategy using Twitter in 4 different cases.

With almost 90 million followers, Trump is the number 1 leader with the greatest number of followers on Twitter among the world political leaders (Twiplomacy, 2018).

He uses Twitter to send messages on everything from trade to foreign diplomacy, from security issues to war threats so much so that after his election, Twitter’s user portfolio soared (Bershidsky, 2019).

In 2017, a tension between the US and North Korea had climbed up because of Trump’s following tweets:

‘’North Korea has just launched another missile. Does this guy have anything better to do with his life?’’ (July 3, 2017)

My personal absolute favorite was the following…

After this tussle, the whole world was on the tenters because of these two mad leaders who both have the history of impulsive decisions and acting in rush. We were afraid that these two will do something out of temper and we will possibly have a World War 3.

Luckily, Trump’s administration made some arrangements later on to visit North Korea and keep the tension down. After such visit, Trump’s tweets did a 180-degree turn:

‘’Our United States team has arrived in North Korea to make arrangements for the Summit between Kim Jong Un and myself. I truly believe North Korea has brilliant potential and will be a great economic and financial Nation one day. Kim Jong Un agrees with me on this. It will happen!’’ (May 27, 2018)

‘’Just landed – a long trip, but everybody can now feel much safer than the day I took office. There is no longer a Nuclear Threat from North Korea. Meeting with Kim Jong Un was an interesting and very positive experience. North Korea has great potential for the future!’’ (June 13, 2018)

As we see from his tweets, Trump is a hard power person. Hard power is based on threats, economic sanctions, military power, coercive diplomacy (Goldstein & Pevehouse, 2014). Trump is aware that the US is the most powerful country in the world, and he uses this fact for himself to bully other world leaders, threaten other countries, satisfy his corrupted ego.

We also see from these tweets clearly that Trump’s ideology is realism, he believes ‘’it is far better to be feared than loved’’ as Machiavelli wrote in his book ‘’The Prince’’ (1532). He considers power as the most important value of geopolitics where morality, ethics, collaboration is less important.

He conducted a similar approach against Iran. US and Iran had a very recent tension in January 2020 about Iranian major general Qassem Soleimani after Trump withdrew from a nuclear deal signed in Obama-era (Gearan. 2020). Tensions continued to grow by exchanging hysterical tweets and in January 2020, Trump ordered a strike that killed Soleimani near Baghdad International Airport. Trump tweeted the following afterwards:

“General Qassem Soleimani has killed or badly wounded thousands of Americans over an extended period of time, and was plotting to kill many more…but got caught!’’

Iran responded to Soleimani’s death by missile strikes targeted two bases of U.S. forces in Iraq. Then Trump announced that new sanctions will be imposed on Tehran.

As seen in this case again, Trump is good at ruining diplomatic relationships with the world countries which are important in their region. Since the beginning of his term, Trump has been using social media to threaten and harass other countries more than communicate, negotiate, and/or compliment each other. He is too spontaneous, not thinking things thoroughly, impulsive, passionate, too rash.

He acts according to the self-interest of America, and now when the US is getting hit by the coronavirus, Black Lives Matter protests, riots and loots, all other countries are just watching and probably enjoying. When Obama was in power, the US had strengthened its diplomatic power and relationships with other countries and made more allies and friends. Trump will realize that power can’t come from the fear only, but it will be late for America.. It’s been always very easy to destroy the peace and any diplomatic relationship between the two countries, it takes only one tweet. BUT, building a good relationship usually takes years. America is sailing close to the wind with Trump’s administration., they’re getting more and more lonely in the world.

In 2018, the Canadian federal government had been criticizing Saudi civil rights crackdown (Marcoux & Barghout, 2018) after Samar Badawi, the sister of jailed activist Raif Badawi, whose wife fled to Canada was arrested in the KSA.

Right after that, our Foreign Affairs Minister, Chrystia Freeland, shared a tweet addressing Saudi Arabia for demanding the activists’ release:

‘’Very alarmed to learn that Samar Badawi, Raif Badawi’s sister, has been imprisoned in Saudi Arabia. Canada stands together with the Badawi family in this difficult time, and we continue to strongly call for the release of both Raif and Samar Badawi.’’ (August 2, 2018)

‘’Canada is gravely concerned about additional arrests of civil society and women’s rights in Saudi Arabia, including Samar Badawi. We urge the Saudi authorities to immediately release them and all other peaceful human rights activists.’’ (August 3, 2018)

Responses from Saudi Arabia did not delay, and Foreign Ministry of Saudi Arabia announced on Twitter that they consider the Canadian ambassador in KSA ‘’persona non grata’’ and order him to leave the KSA in 24 hours.

There was also an infographic attached to this tweet accusing Canada of “sticking one’s nose where it doesn’t belong.” and including a plane heading toward the CN Tower in a way that is evocative of the 9/11 attacks.

With that tweet show, Saudi Arabia basically threatened Canada with 9/11 style plane attack. Although they apologized immediately afterwards, it didn’t erase the impact of their threat attempt for sure.

Canadian government probably learned with this experience that Twitter is not the best channel to convey diplomatic messages, especially the sensitive ones. Using social media is good when you share collaborative, complimentary messages. However, when we send our argumentative, critical, or sensitive messages through social media and let the entire world see what we think about other country’s diplomacy or approach, then it is not hard to expect that they take guards and defend themselves too. Therefore, Canada should not conduct diplomacy publicly, especially over the delicate topics.

US and Mexico share a firm and dynamic relationship and the US has been always a long-time strategic partner for Mexico. Currently, the US is Mexico’s largest trading partner both in exports and imports (WITS, 2020).

However, this relationship took one of the greatest hits when Trump declared that a wall will be built at the US-Mexico border to prevent Mexicans from illegally crossing to US lands. Trump declared in January 2017:

“A nation without borders is not a nation. Beginning today, the United States of America gets back control of its borders.”

He justified the measures as necessary for improving domestic security, and his push to force Mexico to pay for the wall has plunged the two neighbours into a tense diplomatic standoff.

Enrique Peña Nieto’s government has keenly tried to avoid a deadlock but Trump, on the other hand, has driven one with his frantic tweets and announcements. Finally, Peña Nieto couldn’t stand anymore apparently as he dropped the following tweet:

Trump is overly provoking person indeed but as Trudeau frequently puts Canada’s interest beyond his personal emotions and thoughts, and tries his best to get along with Trump and to avoid making any statement that will harm the relations between the US and Canada (see: Trudeau’s 21 seconds silence when being asked about Trump’s response to the protests roiling the US), Peña Nieto should do the same too for the sole sake of his country. Otherwise, the consequences over Mexico and Mexicans would be higher than America.

As a side note here, I have recently seen a funny tweet that says ‘’Mexico is building a wall at its US border for US immigrants not to cross to Mexico’’ 🙂 This tweet was posted following US’ recent fight and suffer from coronavirus, high death rates, George Floyd’s murder, and Black Lives Matter protests and riots. Rhetorical Mexicans are trying to show the world what goes around, comes around 🙂

“To those fleeing persecution, terror & war, Canadians will welcome you, regardless of faith. Diversity is our strength #WelcomeToCanada”

Some found Canada’s this tweet superficial or lame. I respect, but don’t agree with that.

I do think it makes a positive difference in the world especially when anti-immigration movements and right-wing governments are taking over the countries one by one now. Canada is one of the very few OECD countries which openly announces that they welcome immigrants and refugees. How many countries do we still have that say this? Turkey was one of them accepting refugees fled from the Syrian civil war in Syria, it embraced almost 6.5 million refugees (registered and unregistered) since 2011, but it’s had dilemmas several times about sending them back to Syria, opening the borders to let them flee to Europe, etc.

Realism/Pragmatism and Liberalism/Idealism are the two opposites of geopolitical theory (Goldstein & Pevehouse, 2014). Canada is always in favour of idealism and its approach is to see power as persuasion, attraction, culture, values rather than power as a command, coercion, threats, inducements. Canada believes that power is not the only thing that matters. Trade is the key, collaboration, cooperation and peace are the ultimate goals. This is proved by a study from Globescan/PIPA where we see that Canada and Germany share the most positive posts on social media compared to other 20 most influential countries (2014).

Globescan. (2014). Negative Views of Russia on the Rise: Global Survey. Retrieved on June 5, 2020, from https://globescan.com/negative-views-of-russia-on-the-rise-global-survey/