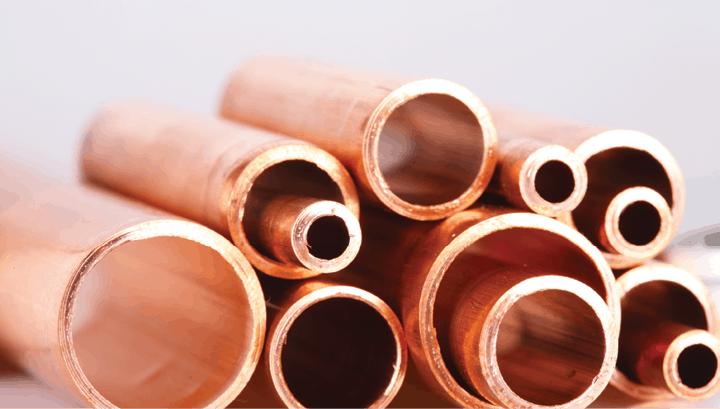 Summary of the Case

Allen Sykora’s article, “Copper Surplus is Foreseen in ’07”, published on the Wall Street Journal in 2007, focuses on the copper industry from a global point of view and the factors surrounding the decline in the level of production of copper which was caused by a labour strike action within the industry from the year 2005 to 2006. This led to an increase in the global market prices of copper and, in turn, a decrease in demand for the commodity.

The article also throws light on divergent opinions of renowned analysts, regarding the factors in the economic environment which impacted demand and supply with the resultant uncertainties in the copper industry.  Some analysts were of the view that the copper industry would experience a surplus in 2007, despite the threat of potential substitutes, if the demand for copper in other markets around the world remain high and production was consistent and devoid of strikes, in the midst of the price increments. Contrary to this assertion, others are of the view that the copper industry would lose its market share to other substitutes like aluminium and plastic which might not allow the desired copper surplus.

Another point to note from the article is the role the Chinese market plays in the industry as one of the world’s largest producer and consumer of copper. The analysts have made predictions that the Chinese market would play a major role in the direction which the copper industry would take in 2007. Skinner, an analyst, is of the opinion that China has been very close up with the level of information they put on the market and this has resulted in the differential views on the demand and supply estimates on the market.

Three (3) key issues seen in the case are as follows:

According to the analyst, Skinner, the Chinese market would play a major part as to whether the premise of a surplus in the copper industry would be realized in 2007 since China was one of the largest consumers of copper. Since it holds the largest share on the demand side of the market, copper suppliers’ revenue and profits heavily depended on Chinese imports.

The copper industry experienced a significant decline in the production levels due to the labour strikes occurred in 2006.  The ICSG reports stated that the disruptions in the production led outputs for the first eleven months of 2006 relatively the same.

The demand of a good is affected by the changes in the prices of its related goods (Baye & Prince, 2017). Due to the fact that the price of copper had shot up, the copper suppliers began to shift to other mines like aluminium which was relatively cheaper in price to mine.

From a managerial economic analysis perspective, we see that three key issues we discussed above resulted in three following consequences:

The fact that China was basically the major buyer of copper meant that if China’s demand for copper decrease, there would be a direct impact on the supply of copper on the market and, in turn, a decrease in profits. When China declared that it has excess stock and does not have an immediate need for copper, this lower demand made undesirable effects on the copper mining companies.

Due to the labour strikes, the reduction in the levels of production in the mines led to a shortage in the supply of copper on the market because the mines could not produce at their maximum capacity. Productivity was at an all-time low and could not meet the market’s demand. This situation was an incentive for the mining companies to increase their price and, in turn, led to an increase in the price of copper on the market.

Based on the price increment of copper, the market began to shift to the relatively cheaper substitutes. This shift on the market was beneficial to the suppliers of aluminium, plastic and scrap, but was a threat to the market share and profits enjoyed by the copper industry before the labour strikes.

To mitigate the effects of buyer concentration, the copper industry can make attempts to expand their consumer base to other parts of the world by making the industry more appealing by means of attractive pricing, advertisement and discovery of more uses of copper. This would greatly reduce the concentration risk and influence of China on the copper market. In a competitive market such as the copper market, the price of a good is determined by the market interaction of demand and supply and in the event that other consumers come on board, the industry can achieve a price and quantity equilibrium which will, in turn, lead to lower and more stable price of copper.

2. Incentives to the Workers

As a result of the labour strikes occurred in 2006, productivity in the mining copper significantly declined. In order to prevent these disruptions in the future, the workers in the copper industry can be highly incentivized with bonuses linked to their performance, attractive retirement packages, better insurance packages and/or other benefits.

In respect of incentives to workers, the key is to design a mechanism such that if an employee acts according to his interest, this will directly match the company’s interest too (Baye & Prince, 2017). Under such mechanism, what is to the company’s benefit would also be to the benefit of the employees which would result less likely in for employees to go out on strikes.

3. Price Controls by the Government

In order to mitigate dramatic price changes, governments can implement price control and/or price support mechanisms which will ensure that the prices of copper do not exceed a particular threshold. For instance, a price ceiling would prevent sharp increases in prices of copper and therefore maintain the market equilibrium which will encourage lower prices and higher demand for copper.

From a Global Business Management perspective, this case shows us that managerial decision-making requires a comprehensive understanding on microeconomic and macroeconomic aspects of the global environment in which we operate our business. Global business analysis helps companies and managers estimate future changes in their industry and take better decisions to mitigate undesirable effects possibly arising from such changes. Without a doubt, having a managerial economic perspective also provides companies with a competitive advantage against their competitors in the market.