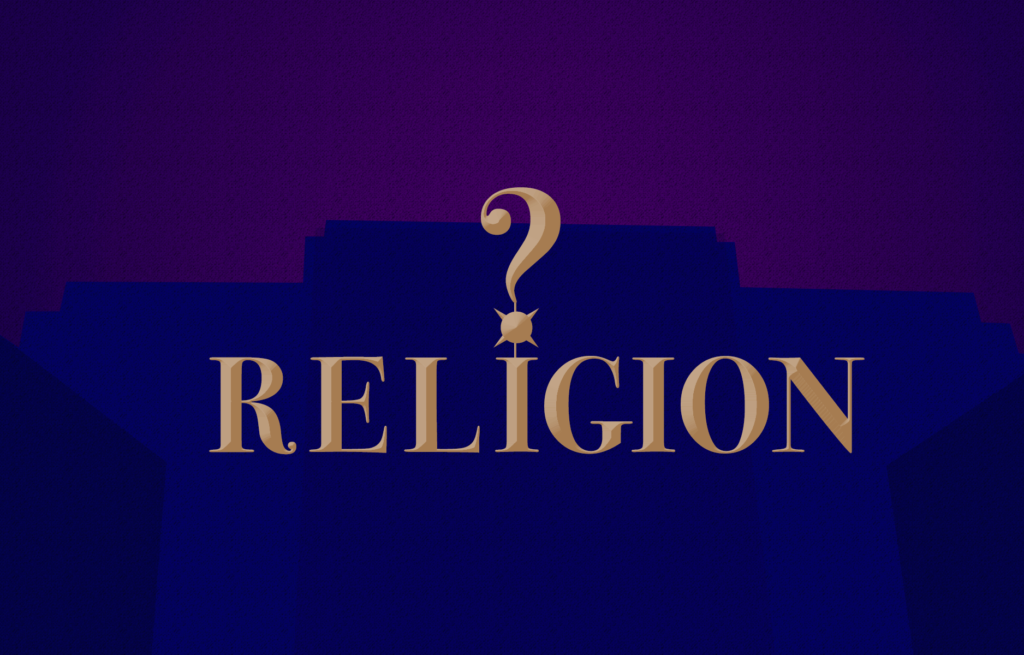 “Religion is a private matter that does not belong in the workplace.” Do you agree or disagree with this statement? Why or why not?

It is a tricky question. I would say it depends on the extent of religious exposure in the workplace. I personally believe that religion is a personal, and private matter, and it must be kept separate and independent from public or professional settings.

Having said that, it is extremely hard to detach religion from public life. Since it becomes part of our culture, it is part of our public, private, and professional lives. It is part of us, and one of the components that identify us. How can you detach yourself from your culture? Especially in countries where religion is deeply embedded in the social fabric, such as the United States. It can be easy to attempt keeping religious matters away from public and professional contexts in, say, UK, but it would have drastic results even to claim such in a country like the US where more than half of the society say they pray daily.

Speaking of praying, firms and employers should be mindful and respectful about their employees’ religious needs. Such needs may include providing masjids to employees where they can conduct their daily prays, allowing them to have breaks in a day if they need to pray a couple of times during their shift, allowing them to adjust their vacation times according to their holy fests and religious holidays. There are also dietary restrictions that come with religions should be taken into account at meetings or events.
As a result, even I personally believe religion is a private matter and should not be mixed with professional matters, it depends on the country, society, and the respective firm’s organizational culture and values. Before deciding whether religion belongs to the workplace or not, we need to consider all these factors and come to a conclusion accordingly.

What role does religion play in your life? Do you feel that the society in which you live is becoming more or less religious? Is this good or bad? Does it matter?

To answer this question, I’m going to discuss Turkey, specifically Istanbul. I have grown up being part of a religious society as my family purposefully sent me religious private schools in most of my educational life although they were not and still not are the most religious of all. I learned religion, read books, watched videos about it. I’ve barely identified myself as a religious person though. I’m not a fully practitioner now, so I still don’t call myself religious. What I most care about is the connection I feel between the God and me.

The society is getting less religious in Istanbul every decade. I cannot comment about entire Turkey as 80 million live in the country and characteristics of the west and east Turkey, north and south Turkey are quite different. Usually, west, and south Turkey is less religious than northern Turkey, and eastern Turkey is the most religious of all.
Turkish are getting less religious and this has a variety of reasons. For one, there is a substantial group of people who are irritated of government’s approach and actions trying to promote themselves as a religious and most clean government because Turkey is a secular country by the constitution and the government is, sorry to say that but, not clean. They have so much corruption, and most people are just sick of seeing them trying to showcase as the holiest, most sacred government of all. It abuses the name of God, and Islam, to try to fool people. This is the reason why I believe religion should be kept private and separated from the state and governmental affairs. Because otherwise, it is used as the control power. You present yourself as the next khalifa and expect people to follow you unquestioningly. Most people do not buy that, maybe they used to a couple of decades ago, but not anymore. Especially when you think that Turkey is partly part of Europe, and Europe is getting less and less religious every year, it isn’t a surprise that Turkey is heavily influenced by the trend.

Although my biggest career dream has always been in entrepreneurship, I have always been interested in a career in finance. In my few years of working in different industries, I have realized that finance has a vital function in most businesses worldwide. There are two main reasons why I am interested in finance. The first reason is that financial skills would help me understand how my performance could specifically contribute to the financial health of the business I work for, in either employee or employer positions. The second reason is that I believe finance has helped me improve my interpersonal skills as the finance industry relies on customer satisfaction to a certain extent.

Would you have any religious or moral concerns about working in the finance industry?

One of my moral concerns in the financial industry is that, in many cases, dishonesty is in the eye of the beholder. It means that the definitions of right and wrong rely on self-interest, financial situations, and personal ethical boundaries. For that reason, many finance professionals equate ethical behaviors with legal requirements and that they only need to obey the law ignoring the fact that their behaviors might be legal, it still might not be moral.

For example, I would avoid working as a financial advisor who specialized in tax minimization for rich people or big companies. I understand it is not necessarily true in the complicated reality, but I believe the more money you make, the more taxes you must pay.

Are there any jobs or industries that you would avoid based on your religious or moral values?

I do not have a religion, but I would avoid certain jobs due to moral values. For example, I have worked in the food industry for more than 6 years and I have always refused to work for companies and restaurants that sell or serve exotic, endangered, or wild animal products such as bear’s paws or shark fins. I would also avoid jobs that are related to animal abuse such as exotic foie gras.

What is your reaction to the accusation that the Islamic finance industry is generating “interest-bearing loan[s] in all but name”? From what you have learned in this case study, do you agree that Islamic financial products are sharia-compliant?

I must admit that I agreed with the accusation as the first impression and it sounds to me that Islamic finance sounds like a work-around approach that shows a lot of limitations. However, the more I think about it, it comes to my senses that Islamic finance or Sharia law is a belief and guidance for good.

At the end of the day, just because the financial industry is dominated by conventional bankers and conventional people like me do not believe in it, it does not mean that the Islamic system is wrong. It is just a different belief or a different way of thinking.

From the case study, I agree that Islamic financial products are technically sharia-compliant. However, it is a fine line between being sharia-compliance and being a problematic work-around approach.
On one hand, it is the most appropriate way for Islamic financial institutions such as banks, businesses, and individuals to operate alongside conventional banks and businesses and still comply with Islamic law. Also, with the way it relates to charging interest (or Riba in Islamic term), Islamic finance holds great promise for promoting socially responsible investing as the two keys aspects of sharia-compliant finance are asset-based and risk-sharing (Chandler, 2020). Therefore, Islamic financial products do embody their intended spirit to a certain extent.

On the other hand, dishonest people could exercise financial frauds in the name of Islamic law (and God). For example, in a contract between practitioner Muslims and non-practitioner Muslims, one party could refuse to pay interest or late payment penalties based on the “no interest” rule of Islamic law. This is a challenge for Islamic finance as it draws a fine line between faith and fraud which could hurt the fundamental purpose of the Islam that is guidance for goodness.