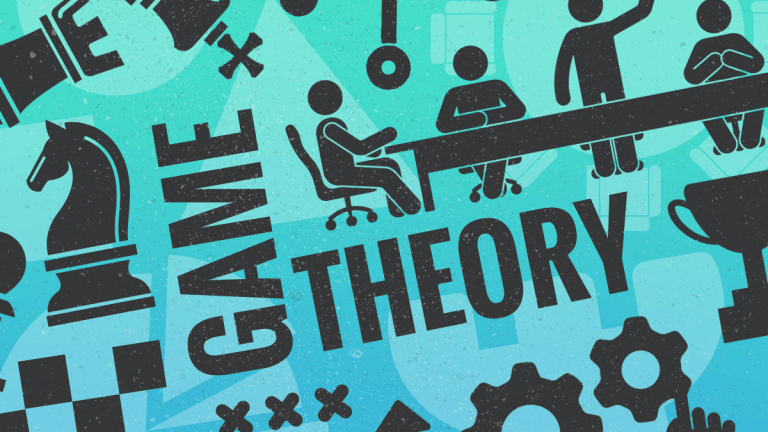 1. a) What is game theory? Describe and explain.

Game theory is a general framework to aid decision making when agents’ payoffs depends on the actions taken by other players. Game theory can be used to analyze decisions within a firm, such as those related to monitoring and bargaining with workers.

b) What are the five components that a normal form game consists of?

c) Is collusion possible in an infinitely repeated normal form game? Explain your answer using concepts learned in this course.

Collusion is possible because in the long-run, both firms will lose profit if they cheat, and they will make zero profit infinitely.

We learned in the class “Trigger Strategy” which is the strategy that is contingent on the past play of a game and in which some particular past action “triggers” a different action by a player.

2. Two cigarette manufacturers play the following simultaneous-move billboard advertising game. Profit payoffs for both companies are shown in the normal form game below. If there is a 25 percent chance that the government will ban cigarette sales in any given year, can the firms collude by agreeing not to advertise? Calculate and explain why or why not.

If the Firm A cheats, it gets 50 for period 1 and zero in the future. It is the same for the Firm B.

We see Π A cheat (50) is greater than ΠA Coop (40), so the firms have incentive to cheat; therefore, they cannot collude.

3. You are the owners of a business that sells canned soup in Scarborough.

a) What is 2nd Degree Price Discrimination?

Second- degree price discrimination is the practice of posting a discrete schedule of declining prices for different ranges of quantity. To other words, we charge less when we sell in bulk or in larger quantities.

b) How could you use 2nd degree price discrimination in your business to extract surplus and increase profits? Give an example of a tactic and explain.

We can extract some surplus by giving our customers an option to buy in bulk or in larger quantities for cheaper price per unit. We can make more profit than charging the same price for all units sold, because lower price will be incentive for customers to buy in bulk which will bring us more profits. Also, we will also charge higher price for less quantities.

d) How could you use 3rd degree price discrimination in your business to extract surplus and increase profits? Give an example of a tactic and explain.

We can extract some surplus by offering student discounts and still charging regular prices to our other customers. We will maximize our profits by offering various demographic of customers different prices which they can afford.